After the bloodbath at the Cortimiglia house – after which two other men were charged and convicted for his crimes – the Axeman was quiet throughout the summer of 1919. And then on August 10, the deranged killed struck again. 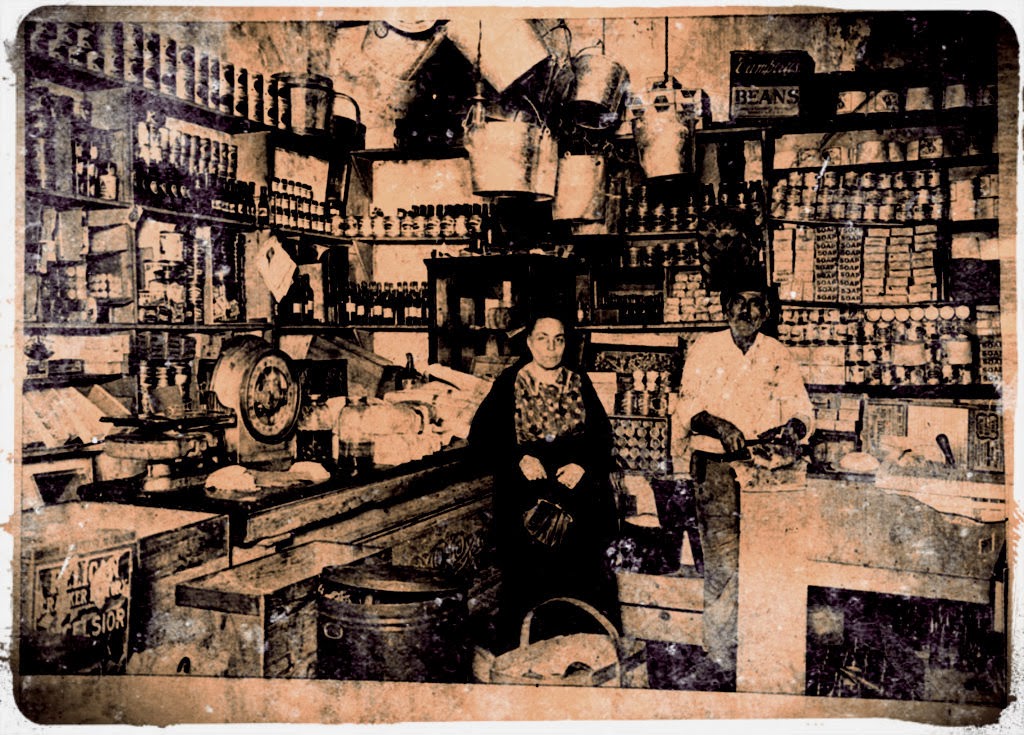 An Italian grocery store in New Orleans of the early 1900s

His bloody work was revealed again early that morning when Steve Boca, a New Orleans grocer, stumbled from his home on Elysian Fields Avenue with axe wounds in his skull. With blood running down his face and soaking his clothes, he managed to make it to his friend Frank Genusa’s house, about a half block away. When Genusa opened the door, he caught Boca as he collapsed into his arms. He treated Boca’s wounds as best he could, but the man’s skull was split open and he was drenched in blood. He called for help and an ambulance soon arrived from Charity Hospital.

Boca recovered from the attack, but he could tell the police nothing. He had awakened, seen a shadowy form over his head and then received a blow to the head. When he was conscious, he managed to stagger to his friend’s house. He could offer no description of his attacker. But the police were sure of who it had been – all of the signs were there. They found the signature of the Axeman: the door panel chiseled out and removed, the axe left in the kitchen, and no signs of theft. Unbelievably, though, the police arrested Frank Genusa for the attack. Boca defended him, though, and he was released after a few days.

On September 2, a druggist named William Carlson heard a noise at his back door as he was reading late at night. He got his revolver, called out several times, then fired through the door. When he went outside, he saw no one around but the police officers who rushed to the scene found what they believed were the marks of a chisel on one of the door panels. Had the Axeman narrowly missed claiming another victim? Meanwhile, the Jordano case had not gone away, despite the convictions of the father and son. It was announced in the papers that William F. Byrnes planned to take the case all of the way to the Supreme Court. It was said that most of the citizens of Gretna believed the two men innocent and that their conviction had been a miscarriage of justice. Rose Cortimiglia was reported to be hiding out in New Orleans while the Jordanos languished in jail, awaiting the new trial that their attorney promised them – or for poor Frank to be hanged.

More than a year after the trial, Rose Cortimiglia appeared in the newsroom of the Times-Picayune and asked to speak to a reporter. Later accounts of her 1920 visit were highly dramatic. Rose was utterly changed. Thin and ill, still dressed in black, her face almost unrecognizable as the pretty young woman of the year before, she fell to her knees before the reporter who was assigned to interview her, screaming, “I lied! I lied! God, forgive me, I lied!” As staff members gathered around her to listen to what she had to say, she added, “I lied. It was not the Jordanos who killed my baby. I did not know the man who attacked us.”

Rose was helped to her feet and then led to a chair. She leaned forward, clutching at her now scarred and pitted cheeks. She cried out,” Look at me! I have had smallpox. I have suffered for my lie. I hated the Jordanos, but they did not kill Mary. St. Joseph told me that I must tell the truth no matter what it cost me. You mustn’t let them hang Frank.”

Rose was taken to the Gretna jail at once. On the way, she babbled incessantly about her suffering, caused by the lies that she told. She said first that Sheriff Marrero had forced her to accuse the Jordanos, then she said that she did it simply because she hated the family. But when she arrived at the jail and found herself in front of Frank’s cell, she threw herself to the floor and kissed his feet. She cried to him, “Forgive me! Forgive me! You are innocent!” But then went on to add, “God has punished me more than you. Look at my face! I have lost everything – my baby is dead, my husband has left me, I have had smallpox. God has punished me until I have offered more than you!”

The Jordanos were soon released. There had never been any real evidence against them but Rose’s testimony and so the prosecutor had no choice but to get a judge to reverse their convictions. Frank Jordano was interviewed on the day that he was released from prison. He said that he would marry his sweetheart at once. He had always known that God would not let him die for a crime that he did not commit. He stood by the window of the newspaper office and looked out into Lafayette Square just across the street where the sun was shining on the trees. “Ain’t it fine?” he said, “It all looks fine.” 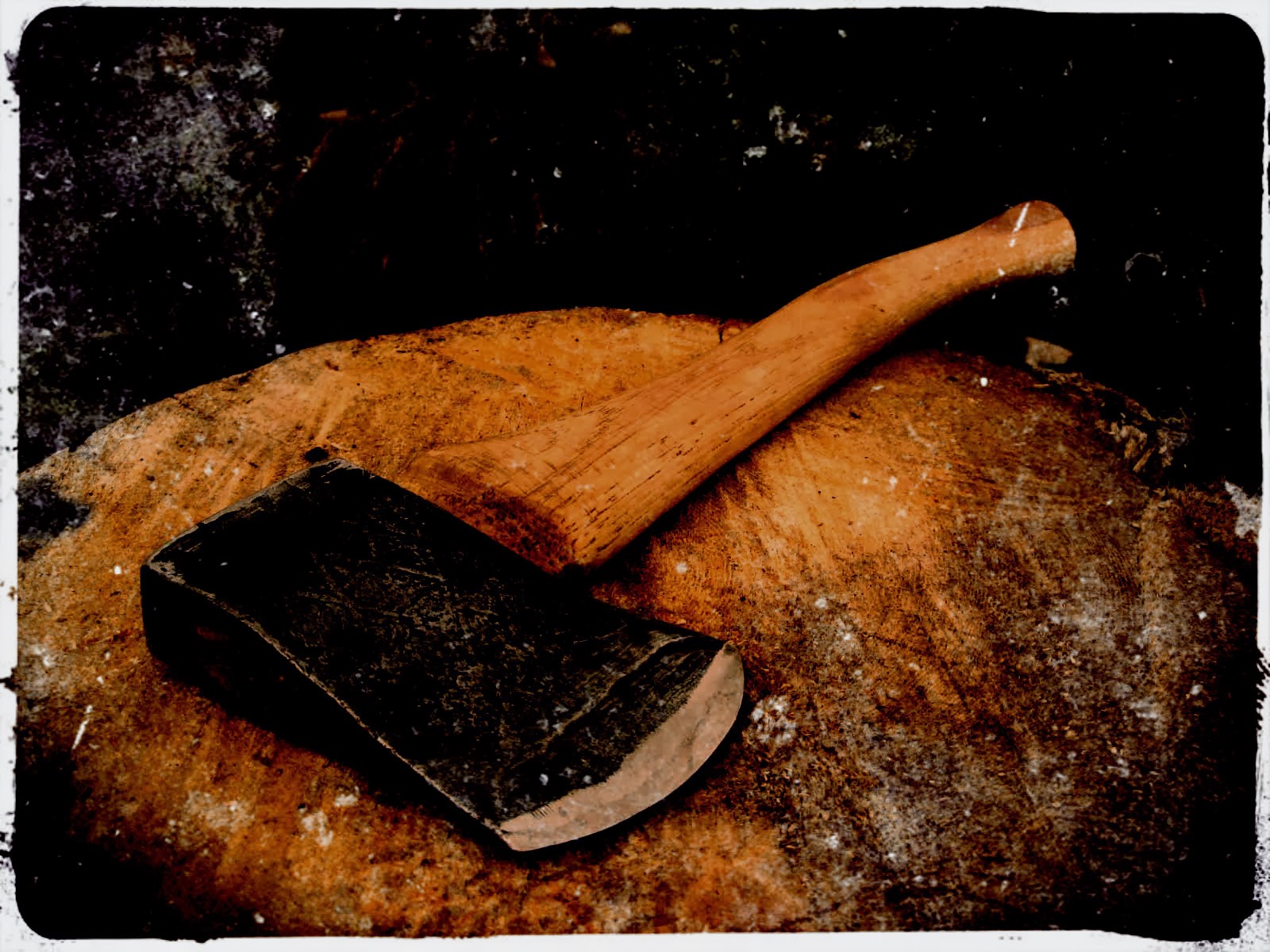 But the Axeman had not rested while the Jordano case was mired in the legal system and the two men were waiting to be freed by the confession of Rose Cortimiglia. After the Boca attack and the possible attempted attack on William Carlson, a young woman named Sarah Laumann was attacked on September 3. Sarah, age nineteen, lived alone and was found by neighbors who broke into her house when she failed to answer her bell. She had been attacked in her bed and was found unconscious. She had been struck in the face by an axe – the bloody implement was found beneath an open window – and a number of her teeth had been knocked. She suffered a brain concussion, but survived the attack. She could recall nothing for the police.

On October 27, the Axeman returned for one final slaughter.

Early that morning, Mrs. Mike Pepitone, the wife of a grocer, awoke to hear the sounds of a struggle in the room next to her own, where her husband slept. She reached the door just in time to see a shadowy man disappear through a door on the opposite side of the room. Mike Pepitone lay on his bed, soaked with blood. He had been butchered and gore was splattered onto the walls, ceiling and floor. Mrs. Pepitone and her six children, sleeping just down the hall, were not disturbed. The children were awakened by the sound of their mother’s shrieks.

When the police arrived, they found the usual signs of the Axeman, including the chiseled door panel and the discarded axe, which was found on the back porch. Mike Pepitone was dead and his wife could provide no clues about his killer. She told them that she had not gotten a clear look at the man who had fled from her husband’s room.

The case was as hopeless as the others before it. The police could do nothing more than wait for the monster to strike again, hoping this time that he would make a mistake.

No one knew it then, but the Axeman would not return. His reign of terror in New Orleans was over. The Pepitone killing was the last murder attributed to the Axeman. He was never seen or heard from in the city again. His crimes would remain unsolved and no one would ever learn his true identity – or would they?

The story of the New Orleans Axeman was not quite over.