THE DOWNFALL OF MURDER, INC.

The Execution of Louis “Lepke” Buchalter

On March 4, 1944, Louis “Lepke” Buchalter, mobster and head of the organized crime hit squad known as Murder, Inc., went to the electric chair at Sing Sing prison in New York. He became the only major mob boss to ever receive the death penalty in the United States after being convicted of murder. Two of his lieutenants, Louis Capone and Emanuel Weiss, were also executed just a few minutes before the warden flipped the switch on Buchalter – ending an era in American Mafia history. 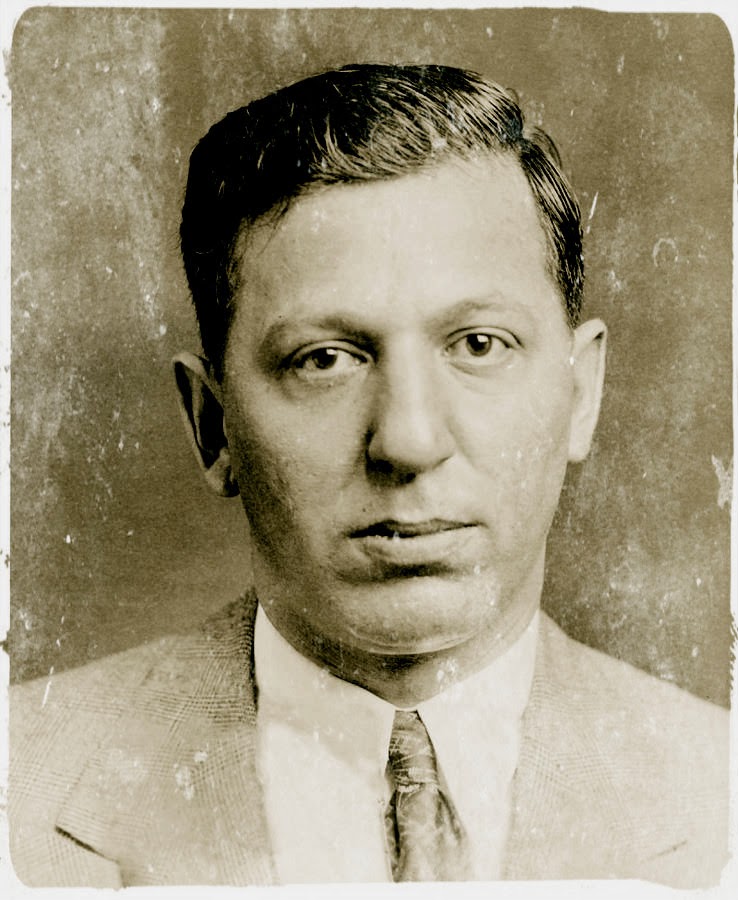 Louis Buchalter was born on Manhattan’s Lower East Side on February 6, 1897. His mother, Rose, called him "Lepkeleh" ("Little Louis" in Yiddish), which later became "Lepke". Buchalter had one sister and three brothers; one brother eventually became a dentist, another brother a college professor and rabbi, and the third brother a pharmacist. His father, Barnett, was a Russian immigrant who operated a hardware store on the Lower East Side.

In 1909, when Buchalter was 12, his father died. In 1910, Buchalter finished elementary school and started a job selling theatrical goods. Soon after, his mother moved to Arizona for health reasons, leaving Buchalter in the care of his sister, Sarah. However, Louis was beyond her control. He had already become involved in crime and on September 2, 1915, he was arrested for the first time for burglary and assault. The case was discharged but there would be more to come.

In late 1915 or early 1916, Buchalter went to live with his uncle in Bridgeport, Connecticut. It was hoped that by getting him out of New York, he could get away from the bad influence of the city. It didn’t work. On February 29, 1916, he was arrested in Bridgeport on burglary charges and was sent to the Cheshire Reformatory for juvenile offenders in Cheshire, Connecticut until July 12, 1917. When he got out, he made an effort to go straight and went to work for his uncle. After a disputed over wages, though, Louis moved back to New York – and back into a life of crime.

He was arrested again (for grand larceny this time) on September 28, 1917 and was sentenced to eighteen months at Sing Sing in Ossinning, New York. After a transfer to Auburn Prison in Auburn, New York, Buchalter was released on January 27, 1919. In just over a year – on January 22, 1920 – he was back in Sing Sing on attempted burglary charges. He was released on March 16, 1922. 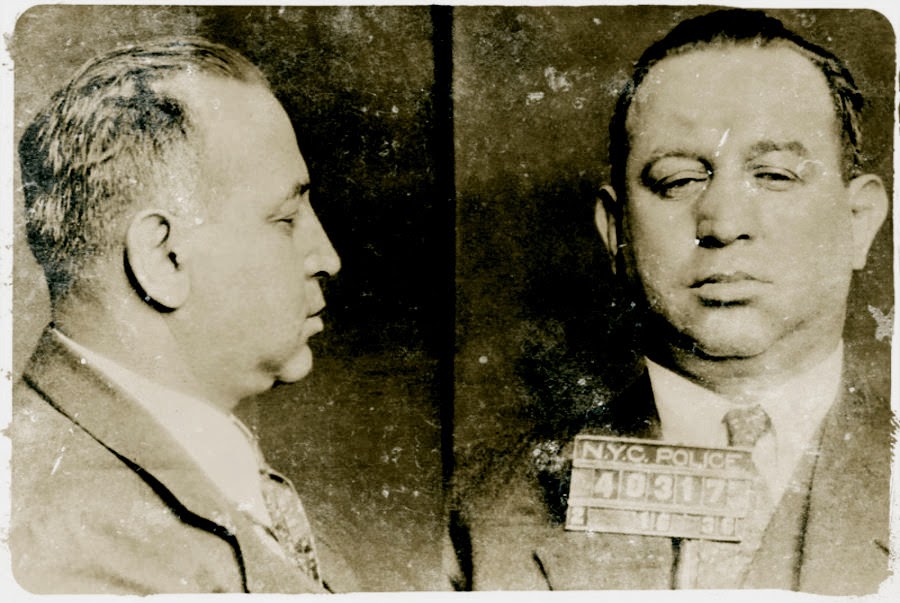 After this last stretch in prison, Buchalter went to work for a childhood friend, mobster Jacob "Gurrah" Shapiro. They beat and extorted their way into control over the garment industry unions. Buchalter then used the unions to threaten strikes and demand weekly payments from factory owners while dipping into union bank accounts. Buchalter's control of the unions evolved into a protection racket, extending into areas such as bakery trucking. The unions were profitable for him and he kept a hold over them even after becoming an important figure in organized crime. Buchalter later formed an alliance with Tommy Lucchese, a leader of the Lucchese crime family, and together they controlled the garment district. In 1927, Buchalter and Shapiro were arrested for the attempted murder of bootlegger Jack Diamond, a criminal rival. However, the charges were later dropped due to a lack of evidence.

Meanwhile, Buchalter was earning a reputation as a good boss. He was a quiet man who preferred listening over speaking and he generously compensated the men who worked for him and took them to hockey games, boxing matches, and even on winter cruises. On August 20, 1931, Buchalter married Betty Wasserman, a British-born widow of Russian descent, at New York City Hall. Buchalter adopted Betty's child from her previous marriage. He could now add “family man” to his roster of personas. 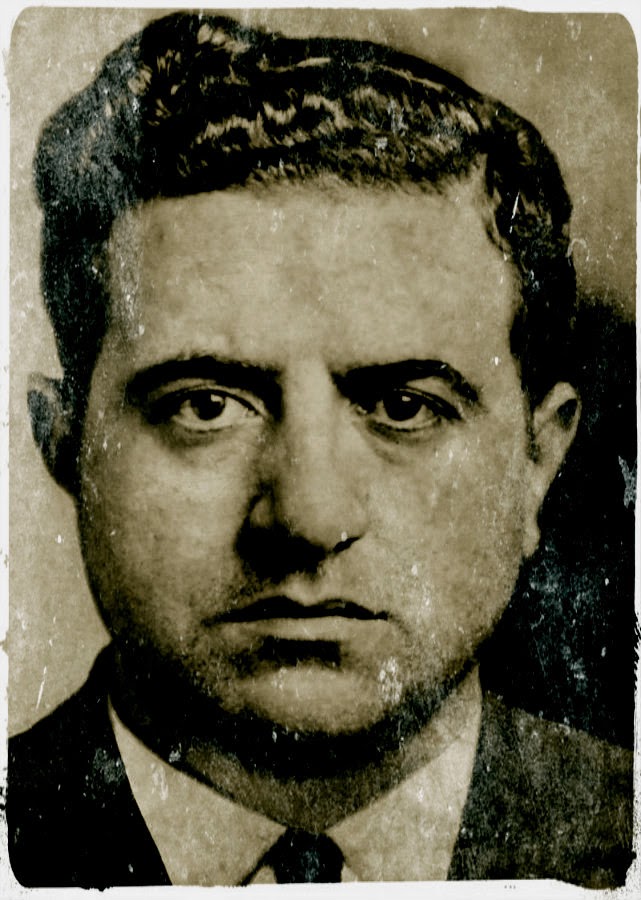 In the early 1930s, Buchalter created an effective process for performing contract killings for the national organized crime Syndicate. It had no name, but ten years later, the press dubbed it “Murder, Inc.” Syndicate bosses wanted to insulate themselves from any connection to these murders so Buchalter's partner, mobster Albert Anastasia, would relay a contract request from the Syndicate to Buchalter. In turn, Buchalter would assign the job to Jewish and Italian street gang members from Brooklyn. None of these contract killers had any connections with the major crime families. If they were caught, they could not implicate their employers in the crimes. Buchalter used the same killers for his own murder contracts also. The Murder Inc. killers were soon completing jobs all over the country for their mobster bosses. 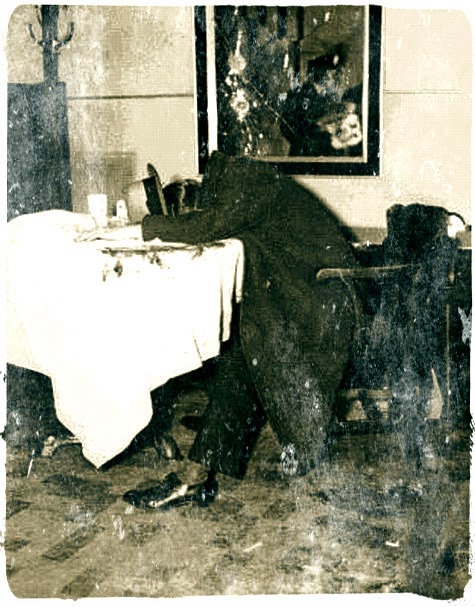 Dutch Schultz crossed the Syndicate and ended up dead for his trouble.

In 1935, Buchalter arranged his most significant murder: the powerful New York gangster Dutch Schultz. Schultz had proposed to the Syndicate that New York District Attorney Thomas Dewey be murdered. Many Syndicate members hated Dewey, but they denied Schultz's request, knowing it would bring too much attention to organized crime. The easier fix was to kill Schultz instead, so they assigned the job to Buchalter. On October 23, 1935, Schultz was shot and killed in a Newark, New Jersey tavern.

The events that led to the downfall of Murder, Inc. began on September 13, 1936, when Murder Inc. killers, acting on Buchalter's orders, gunned down Joseph Rosen, a Brooklyn candy store owner. Rosen was a former garment industry trucker whose union Buchalter took over in exchange for ownership of the candy store. Buchalter had become angry with Rosen when he refused to leave town on Buchalter’s orders. Although no proof exists that Rosen was cooperating with District Attorney Thomas Dewey, Buchalter nevertheless believed it to be true. At the time, no one was indicted in the Rosen murder.

On November 8, 1936, Buchalter and Shapiro were convicted of violating federal anti-trust laws in the rabbit-skin fur industry in New York. While out on bail, both Buchalter and Shapiro disappeared. Five days later, both men were sentenced while absent to two years in federal prison. The two appealed the verdict, but in June 1937, both convictions were upheld. Before they could be taken into custody, the two men disappeared again. A $5,000 reward was offered for their capture.

On December 1, 1937, the fugitive Buchalter was indicted again in federal court, this time for conspiracy to smuggle heroin into the United States. The scheme involved heroin hidden in the trunks of young women and couples traveling by ocean liner from China to France, then to the port of New York. Buchalter bribed U.S. customs agents not to inspect the trunks.

On April 14, 1938, Shapiro surrendered to authorities in New York, but Buchalter remained a fugitive. Over the next two years, an extensive manhunt was conducted in both the United States and Europe, with reports of Buchalter hiding in Poland and Palestine. On July 29, 1939, Thomas Dewey requested that the City of New York offer a $25,000 reward for Buchalter's capture, citing a string of unsolved gangland murders. On August 24, 1939, Buchalter surrendered to FBI chief J. Edgar Hoover in front of a Manhattan hotel. The surrender deal was allegedly negotiated by the columnist and radio broadcaster Walter Winchell. It was later revealed that Buchalter had been hiding in New York City during his entire time as a fugitive.

But soon, the deeds of Murder, Inc. would come back to haunt him. On May 9, 1941, Buchalter was arraigned in New York state court on the 1936 Joseph Rosen murder along with three other murders. Buchalter's order for the Rosen hit had been overheard by mobster Abe Reles, who turned state's evidence in 1940 and implicated Buchalter in four murders. 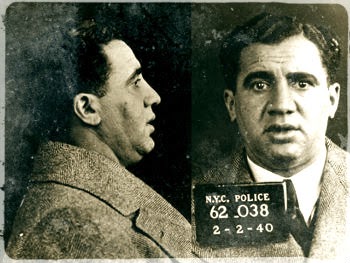 Reles's information also implicated Harry "Pittsburgh Phil" Strauss, Louis Capone, Mendy Weiss, Harry "Happy" Maione, Frank "The Dasher" Abbandando, and even Reles' childhood friend Bugsy Goldstein. All of these men were convicted and executed. Following these convictions, Reles' next target was Albert Anastasia, who had been co-chief of operations of Murder, Inc. Reles was to implicate Anastasia on the murder of union longshoreman Pete Panto. The trial, based solely on Reles' testimony, was set for November 12, 1941. Until then, Reles was under constant guard by six police detectives at the Half Moon Hotel on Coney Island. To protect the New York crime families from exposure, boss Frank Costello reportedly raised $100,000 to bribe these guards to kill Reles. In the early morning of November 12, 1941, Abe Reles fell to his death from a window at the Half-Moon Hotel on Coney Island. It is not known whether he was thrown or pushed out the window, or if he was trying to escape. A 1951 grand jury concluded that it was an accidental death, but suspicion remains about whether or not he was actually murdered. Because of his mob status as a "stool pigeon" and the circumstances surrounding his death, Reles gained another moniker after his death. Reles became known in a newspaper article as, "The Canary Who Could Sing, But Couldn't Fly." 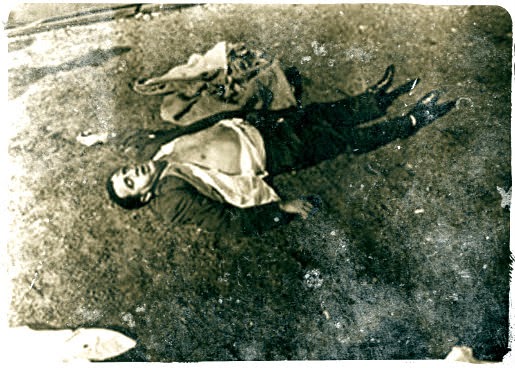 "The Canary Who Could Sing, but Couldn't Fly"

Meanwhile, Buchalter was returned from Leavenworth to stand trial in Brooklyn for the Rosen Murder. After four hours of deliberation, the jury found him guilty of first degree murder. On December 2, 1941, Lepke was sentenced to death along with his lieutenants Emanuel "Mendy" Weiss, and Louis Capone. Buchalter's lawyers immediately filed an appeal, but the conviction and sentence were upheld by the New York Court of Appeals. His lawyers appealed to the U.S. Supreme Court, but they affirmed the conviction seven to none. His appeals were now exhausted.

When the Supreme Court confirmed Buchalter's conviction, he was serving his racketeering sentence at Leavenworth Federal Prison. New York State authorities demanded that the federal government turn over Buchalter for execution. On January 21, 1944, after many delays and much controversy, federal agents finally turned Buchalter over to state authorities, who immediately transported him to Sing Sing prison. Buchalter made several pleas for mercy, but they were rejected.

On March 4, 1944, Louis Buchalter was executed in the electric chair in Sing Sing. A few minutes before Buchalter's execution, his lieutenants Weiss and Capone were also executed. Murder, Inc. was now officially out of business. 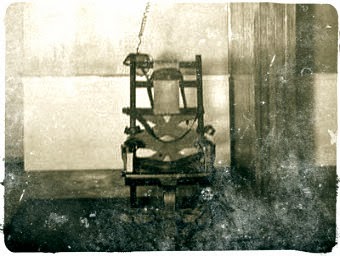